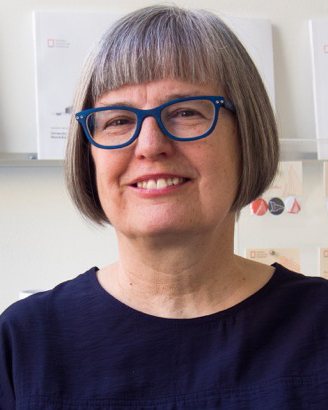 Susan Algie worked for Parks Canada for 30 years, as a Heritage Resource Planner. She is a specialist in heritage conservation, with studies at ICCROM, Rome; the University of York; and the Ironbridge Institute in England. A former Adjunct professor for Landscape Architecture, University of Manitoba, she has spoken at several universities in Manitoba and Alberta. Ms. Algie was the co-chair, with James Ashby of the 2005 “Conserving the Modern”, the first conference in Canada on the subject of conservation of modern era buildings and landscapes. She was the developer of several Parks Canada technical training courses on the conservation of buildings, including the “Conserving the Modern”, developed jointly with Mr. Ashby.

Since 1996, Ms Algie has served as Director, Winnipeg Architecture Foundation (a full-time volunteer position). She has developed a research programme which informs a wide range of public programmes including exhibits, publications, tours and an annual Architecture+Design Film festival, as well as the www.winnipegarchitecture.ca website.