2019 Award of Excellence – Documentation and Planning22 December 2019Next

2019 Award of Merit – Conservation – Architecture I 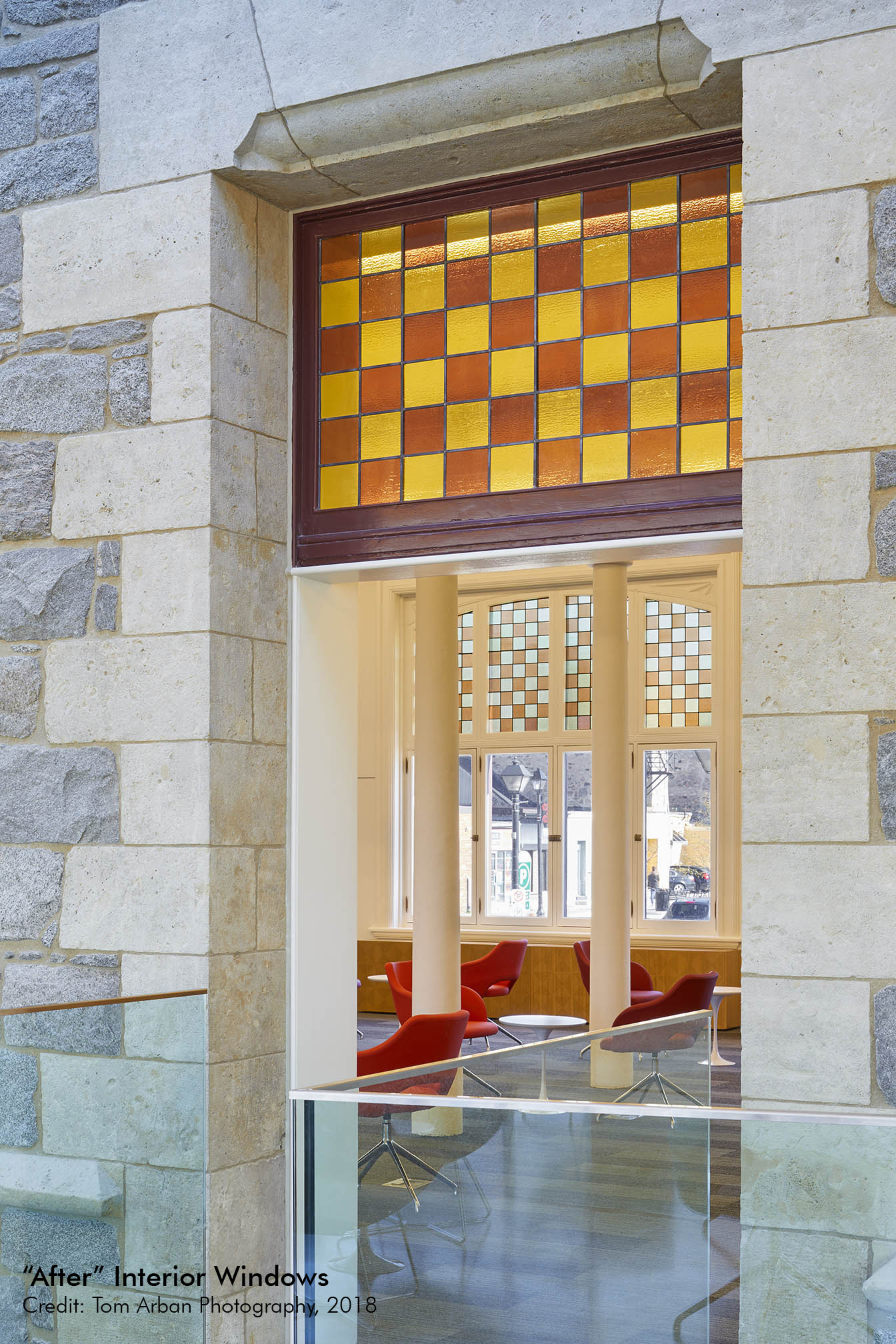 The Cambridge Old Post Office & Idea Exchange demonstrated a beautiful revitalization of the severely deteriorated heritage building. The judges were impressed by the creative and effective implementation of a complex program into an existing space, while not compromising heritage conservation goals. The addition has a considerate, light touch. The judges also applauded the City of Cambridge for their commitment and stewardship for the conservation of historic resources.

Overview:
The Old Post Office is a National Historic Site along the banks of the Grand River in the heart of Cambridge, Ontario. When constructed in 1886 the building signified the growth of the community and its place as a centre for innovation in a quickly industrializing province. Over the course of the ensuing century, the building transitioned from a vital structure to one neglected and suffering from vandalism and unsympathetic interventions. In 2012, the City of Cambridge purchased the vacant structure with the intention of bringing life back to one of the City’s heritage and architectural treasures. The resultant adaptive reuse project included extensive restoration work in conjunction with the design of a transparent pavilion that doubled the structure’s floor area to accommodate a state of the art fully digital library. The multi-million dollar Idea Exchange officially opened in June of 2018 amidst much excitement and civic pride.