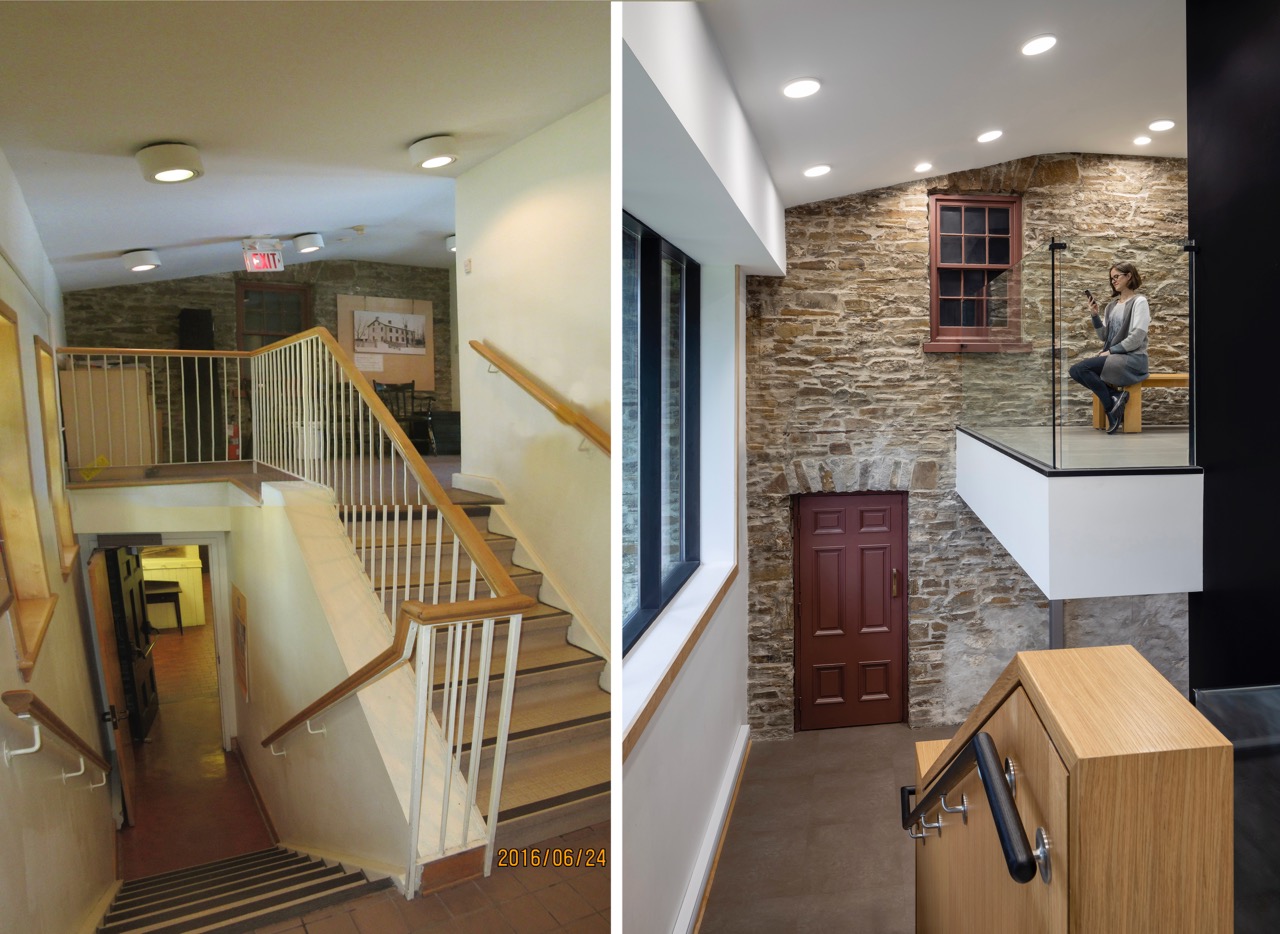 The judges described the project as a beautiful effort to marry the old with new. The judges were impressed by the great curatorial research of historical paintings and documents for the interiors, the project team’s ability to work around the facility’s opening hours, and the creative lighting that amplifies the visitors’ experience of the museum.

Since its conversion to a small museum in 1974, the historic Montgomery’s Inn has become a bustling community hub with little-to-no architectural intervention. Built in 1830, the Inn had not been restored since the 1970s and the rear 1990s addition was no longer suited to today’s programming nor future growth. A major transformation was needed to allow the museum to expand, and George Robb Architect (GRA) was retained to undertake the project. The work was divided into two very distinct phases which enabled the museum to remain operational during the renovations. These phases were referred to as “Re-restoration” which commenced June 2016 and “Re-circulation” which was completed in March 2019.