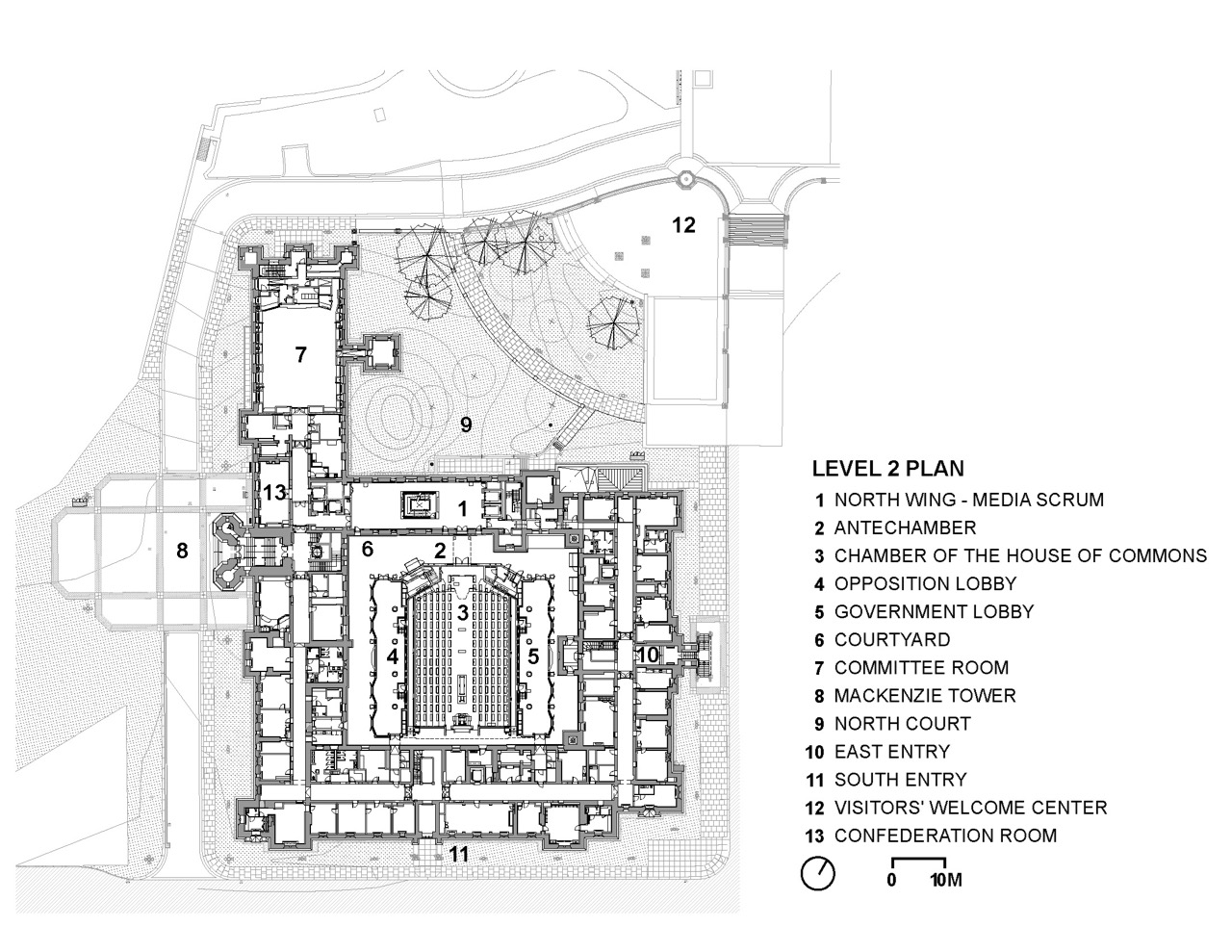 The West Block Rehabilitation Project demonstrates a spectacular renewal of a complex and beautiful historic building. The judges described it as an immense project in scope and execution, and acknowledged the spectacular and immense technical challenges faced by the large team of professionals, each with an invaluable role that contributed to the success of the project. The judges were impressed by the rigorous, sequential application of Standards and Guidelines, and the successful restoration and interpretation of key features impacted by previous intervention.

Overview:
Architecture49 and EVOQ Architecture, in joint venture, were the architects and conservation architects for the West Block Rehabilitation Project, Parliament Hill, Ottawa. Project award was in 1995.

At its final completion in 2019, it was the largest conservation project in the country.

The West Block is one of three buildings that comprise the National Historic Site of Parliament Hill.

Built in three phases between 1859 and 1906, the West Block is considered to be one of the best examples of neo-Gothic architecture in the world. It is designated “Classified” by FHBRO.

The rehabilitation project, mandated by Public Services and Procurement Canada (PSPC, formerly PWGSC), comprised the preservation and restoration of the building envelope and the conversion of the exterior courtyard into an interim House of Commons, under a glass roof.

The project also included the restoration and renovation of all interior spaces to meet new functional, technical, code and security requirements.